The “V12 Vanquish” was the last hand built model built at “Newport Pagnell” the original Aston Martin car factory, which is now named “Aston Martin Works” (the green sticker on the windscreen) which now restore the classic Aston Martins, DB4 – DB5, Virage, Volante etc. and carry out special project alterations, this particular Vanquish (MS02 SPY) has had many AM Works upgrades. The car is made of extruded aluminium and carbon fibre, entirely hand crafted, and finished in “Tungsten Silver”.

After being revealed as “Project Vantage”, there then became a three year delivery wait, and 2589 cars were built, 1503 as standard and 1086 as the “S” version between 2001- 2007, with the “S” upgrades now available by “Aston Martin Works” (breaks, suspension, chassis, springs and front wheel assembly) this particular car was subject to a further £41,580 lavished on it, after its initial sale price of £174,567.34 from the factory, and has also since had a dedication by F1 ‘Jackie Stewart’ in the form of a silver door threshold plate, on the driver’s side, whilst in Monaco.

The car was purchased from Aston Martin Edingburgh 2002, was then shipped to the Principality of Monaco for fifteen years, it was then repatriated to the UK, with a complete history, bills, receipts, custom’s files and stamps with all of the servicing recorded and filed.

Gearbox – Magnetti Morelli manual, fly by wire gearbox, gear change speed 250 milli seconds. (available with “Paddles” or a “Gear Stick”) the paddles can now be replaced, converted to a gear stick as an upgrade by AM Works, for around £16k.

There were seventy pre-production cars built for ‘Crash Testing’ etc. by the factory prior to production. Seven cars, colour “Tungsten Silver”, were given to a film company MGM-EON The Bond connection, four were given special effects treatment by “Q branch” and three were “hero” cars, these were the vehicles driven and actually used in the film sequences, in the 20 th Bond movie “Die Another Day” with Pierce Bronson as 007. Two have since been auctioned at around £190,000 (plus buyer’s premium) with a first class provenance, and extremely low mileage.

Now is your chance to have a true ‘James Bond’ experience on your big day, by arriving in ultimate style and comfort in this beautiful sounding V12 Aston Martin! 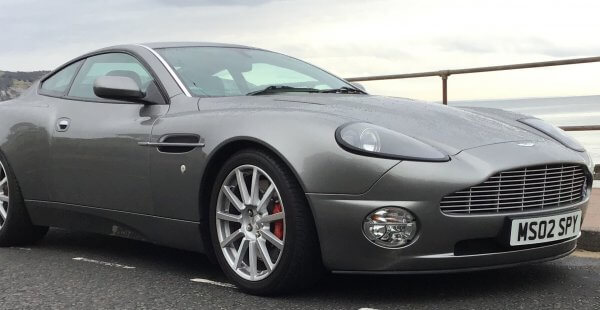 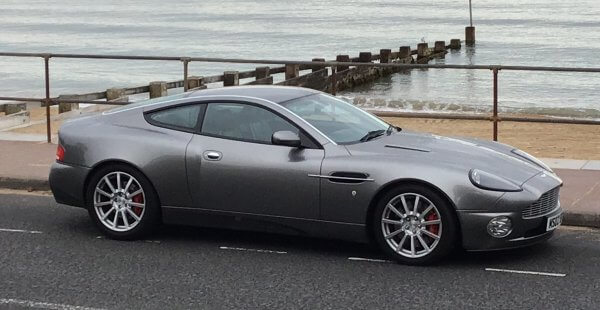 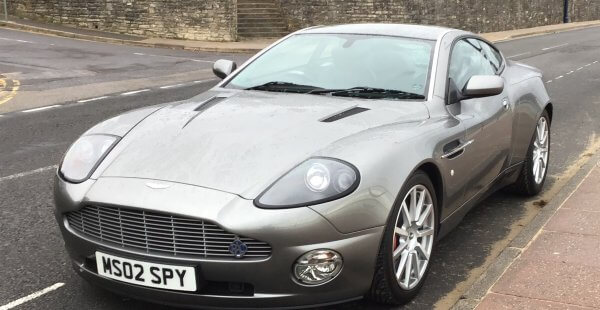